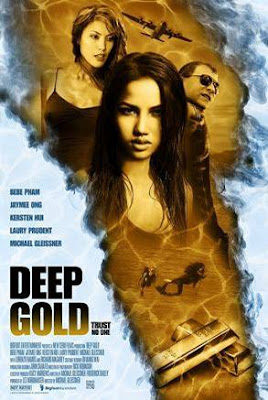 After winning another free diving contest in the waters of Cebu, Amy Sanchez (Vietnamese model Bebe Pham) learns of the disappearance of the plane that carries the largest gold recovery in the Philippines. His boyfriend Tony, an Air Force pilot who was on board to transport the haul to Manila’s Central Bank, is missing as well. Amy, along with sister Jess (Hong Kong-based actress Jaymee Ong) meets gadget-savvy DJ Lulu (Laury Prudent) who’s witness to where the plane crashed. With the help of journalist Benny Simpson (played by the film’s megman Michael Gleissner), Amy sets out for an ocean adventure to find Tony and locate the sunken aircraft. After all, Amy’s financial affairs are in shambles and she’s close to getting evicted by her Chinese landlord.

But Amy has to find the treasure first as she is made acutely aware of the external forces as interested with the treasure haul as she is. Who can she trust? 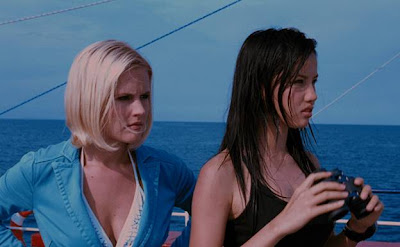 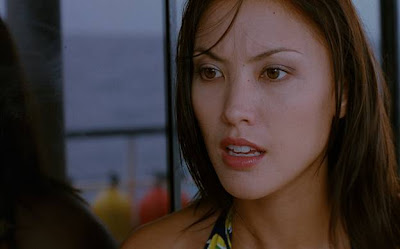 Utilizing Cebu’s idyllic scenery as backdrop to this treasure hunt, the story simmers with a compelling start but plateaus in mid-narrative. In fact, Amy’s underwater sojourn felt underwhelming and trite. It doesn’t help that the scenes on view looked mostly dark before a stereoscopic eyeglass, underlining the pointless and ineffectual use of 3D technology, not to mention the needless expense of shelling out P300 (yup, P50 popcorn is once again shoved down our throats).

Most of the characters feel out of place and would have you thinking that the population of Cebu has English as their vernacular. Dili intawon! Though Bebe Pham registers well on screen (she has to, she’s a model), her performance is mere posturing and nothing else. The rest of the cast deliver borderline appearances. We saw Joel Torre in a flashback (he plays Arnulfo, Amy and Jess’ dad) and we recognized Mon Lacsamana, the hunk from “Mahilig”, as one of the henchmen. The prologue has Tommy Osmena, incumbent Congressman of the 2nd district of cebu, being interviewed about the disappearance and eventual recovery of the treasures. Osmena turns out to be an earnest performer but then the Osmenas of Cebu always thrived under the spotlight. They are Cebu's royalty. 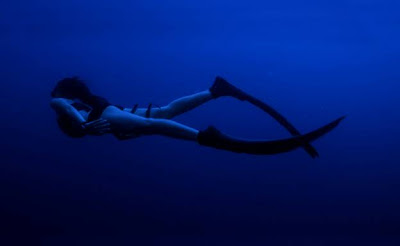 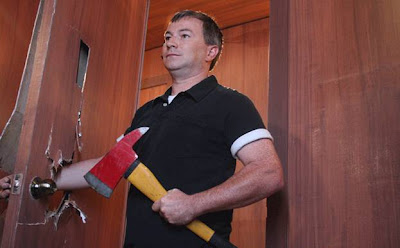 Though we welcome Bigfoot Studio’s valiant efforts in producing films in the country, their enterprise ultimately disappoints, both in technical skill and storytelling prowess. The middle part of the movie could have been spliced judiciously. It was indolent, I had to pinch myself to try to stay awake. That doesn’t bode well for something marketed as an action thriller. The majestic fauna of the waters of Cebu and Palawan were gravely underutilized. In fact, we never saw a single fish swim by in any of the dimly-lit underwater scenes. This signifies a major misstep in partaking underwater scenes because why else would you film underwater if it might as well be a gargantuan swimming pool sans sea creatures?

On hindsight, the film is derivative; an inferior version of John Stockwell’s “Into the Blue” (with Paul Walker and Jessica Alba). In the latter, treasure-hunting divers find a wrecked airplane and its multi-million dollar stash of cocaine. In Michael Gleissner’s “Deep Gold”, the treasure turned out to be counterfeit! No kidding! 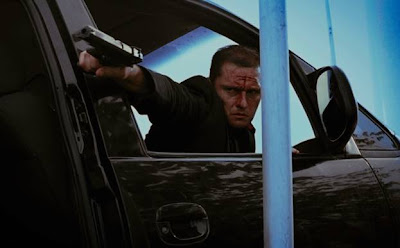 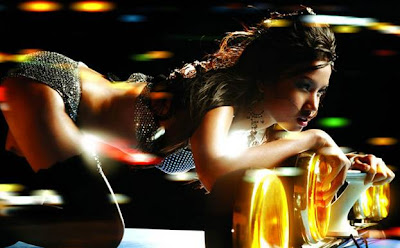 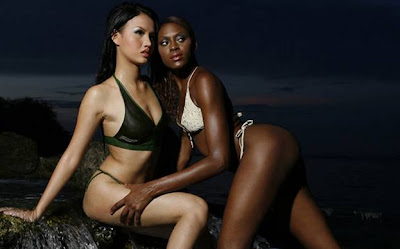 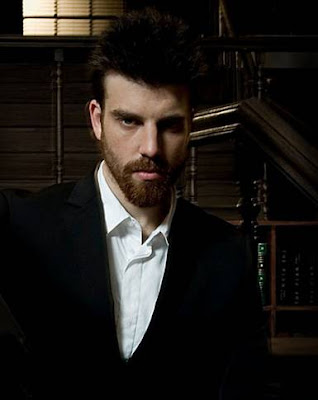 Richard Magarey as Frank in a not so memorable cinematic debut. 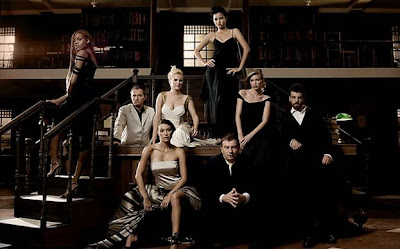 The foreign cast glams it up inside U.P. Cebu's Library. 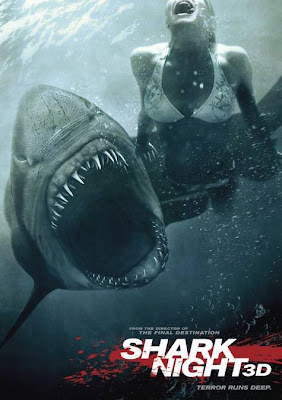 If adrenaline rush is what you’re after, you can do worse with David R. Ellis’ “Shark Night 3D” which we thought was an old re-issued B-flick. The film is in fact on simultaneous, albeit limited, release from the U.S. This ultimately predictable saga rests on the premise that ravenous sharks exist on a lake – a “seawater lake”, as a character would emphasize. Grudges and a precarious homecoming would dominate the narrative, coupled by the age-old foray on “young attractive people out to party”, but “Shark Night 3D” feels like a masterpiece alongside “Deep Gold”. 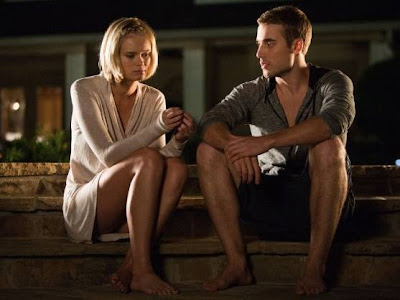 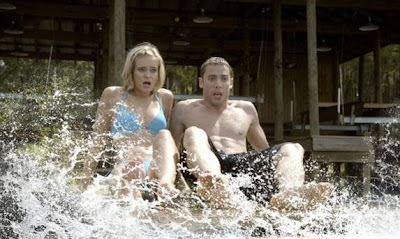 Sarah and Nick face terror by the lakeside. 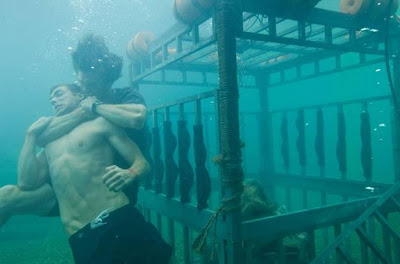 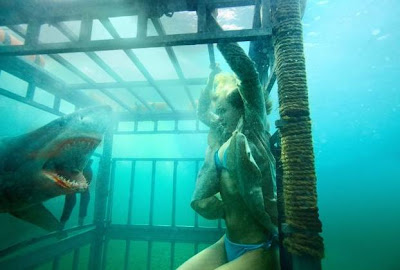 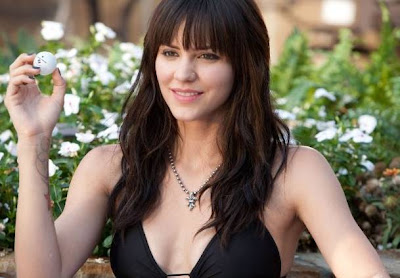 Katharine McPhee is fed to the baby sharks! 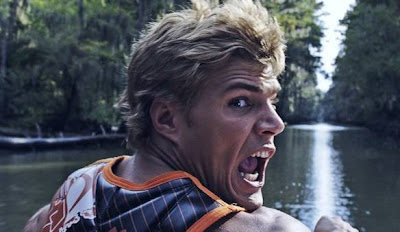 Can Chris Zylka outswim a Tiger Shark?
Posted by Cathy Pena at 1:15 PM