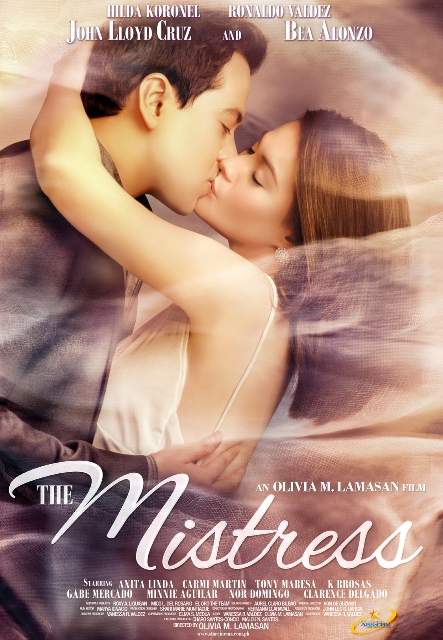 For five years, Sari’s (Bea Alonzo) life has revolved around her burgeoning extended family and her special Thursdays. She works as the master cutter of a popular tailoring shop. She’s contented and has sought for nothing more than the needs of her family. One day, JD (John Lloyd Cruz), an architect, finds her in a bookstore. Her serene presence so enraptured him that he decides to pursue her despite her snide brush off: “Hindi lahat ng gusto mo, makukuha mo.” There’s more to Sari’s dismissal than meets the eye. After all, their attraction to each other is palpable. Why does she avoid him?

But fate is a precarious adversary. JD finds Sari working for a client he’ll be working for in the next few months – to renovate the tailoring shop’s working space. As he openly pursues Sari, it soon becomes clear that the impediment has something to do with Sari’s Thursdays, a day she gets off work, visits a two-story duplex where she stays for the next 24 hours, gets dolled up, and satisfies her “duty” as the mistress to an elder, albeit married gentleman named Rico (Ronaldo Valdez). Though this arrangement seems impassioned, Sari soon unravels to JD that she’s paying debt of gratitude for help that was once extended to her demented Lola Lina (Anita Linda) and Sari's struggling family.

What JD doesn’t know: this gentleman happens to be his father Frederico Torres, owner and CEO of a financially lucrative telecom firm; a father he doesn’t quite see eye to eye with; a husband who constantly strays, to the consternation of Regina (Hilda Koronel), his wife and JD’s constantly forgiving mother. She knows about her husband’s affair, but she is constantly reminded about her previous indiscretion; one that bore a child – Eric Torres aka JD. Eric is subtly admonished everyday for his mother’s “sins”, thus he maintains a sour relationship with the man who took Eric for his own son. After the death of an elder son, Rico needs Eric as his deputy C.E.O., a job that Eric resists with a passion.

While Eric deals with familial strife, Sari is more and more torn between JD’s diligent pursuit and Rico’s suddenly acquisitive streaks (he now requires other days outside Thursdays), unaware that JD is his son. “I realized I can’t share you with another man,” Rico tells Sari. Is there hope for our star-crossed lovers?

Director Olivia Lamasan carefully weaves a story that curiously validates an extra-marital dilemma, and she does this quite compellingly. The script is riddled with cryptic or humorous lines that would intermittently have you tapping with glee: “Bukas uulan, makukuha ko ang gusto ko.” Huh? Aren’t we trespassing Cathy Garcia-Molina’s territory?

Hilda Koronel’s drunken scene should be made a Gold Standard for actors: “Thursday, the one day of the week that makes me want to regret everything. Every fucking Thursday; every Thursday fucking.” Koronel delivers this line without florid sentimentality, her voice dipping low, turning almost inaudible, but you sense her grief. Clearly, there is no one like Hilda Koronel, the film’s most underused character. I love the way she speaks her English – and this is the “Filipino English” that I always mention here. She’s lived in the U.S. for years yet you never hear her deliver those phony accents heard from the likes of Piolo Pascual, Jericho Rosales, John Arcilla, Cesar Montano, et.al. (Unfortunately, the list is growing.) You even hear Piolo lose his “rolled R”, badly monkeying how the Brits do it. Take it from La Koronel! Now that’s classy Pinoy English: clear, emphatic, and devoid of spine-tingling Middle Earth “security guard” accents. Right, Mr. Arcilla?

When Koronel asks: “Why is he doing this to me, son? I love him,” you understand the gravity of her misery. Even her less emotive lines are a joy to hear: “Why do I only see you during National holidays? I miss you, son. I hardly see you.” Even gag-inducing lines (“I hate you. I hate you because I cannot hate you”) turn into cinematic magic. There’s more: “As long as I’m alive, you will never be promoted to wife.” Why are we denied Koronel’s sophistication and brilliance? We need to see her more often. She can teach many new stars a thing or two about grace and thespic grit. 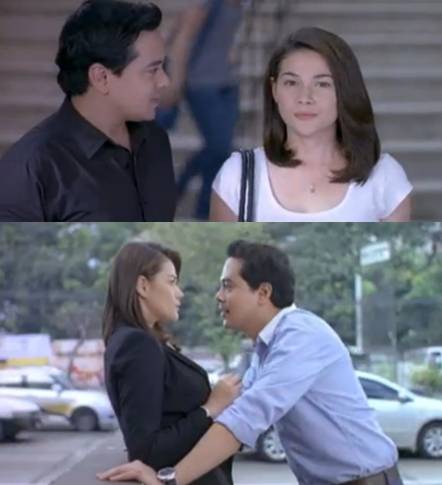 The situations in Lamasan’s “The Mistress” are, of course, apocryphal. After all, you don’t always want to sympathize with someone who entertains the advances of a married man, yet Bea Alonzo imbues her character with adequate sympathy, we might as well make a saint out of her. How can she love someone who imposes himself on her; someone who tells her which slinky dress to wear for a dinner out? You have to admit, she looked like a tramp in her back-baring “suman” dress, debah?

Bea Alonzo, still the most gifted actress of her generation, delectably inhabits Sari with a highly nuanced turn. Her instincts are so fine tuned she never misses a step. The same can be said about John Lloyd Cruz who’s as conflicted about his familial status as he is of his relationship with Sari. Cruz, in fact, seems to be walking in the park. Cruz shines in silent moments: “Ang daming dahilan para hindi kita mahalin. Kung bakit di ko magawa, kasi mahal kita.” He switches tantrums with finger-snapping precision. And if there’s one thing evident about this film, it’s the prevalence of “mood swings”. They’re amorous one moment; surly the next.

Ronaldo Valdez makes a career-best performance as he depicts Frederico, the man who wants to have his cake and eat it too. His emotive cadences are spectacular, e.g. his argument with John Lloyd at the office. One moment he tells his son that he needs him (“Anong gusto mo, luluhod ako sa harap mo para pumayag ka?”), then he tells Eric how he owes the company his attention. Even when he drops emotionally charged lines (“Ano’ng karapatan mo, Sari? Kerida lang kita!”), you don’t feel the mawkishness of the scene. My favorite scene with Ronaldo was his conversation with Eric at his hospital bed: “When I saw you with your big round eyes, I knew you were mine. That’s why I gave you my name.” I had to moderate my emotions to avoid making a fool of myself inside the theater.

Some characters, like Anita Linda’s Lola Lina, are a tad too familiar and showy. If you remember Coco Martin’s “Santa Nina” (opening in commercial cinemas this week), this was a similar character (the dementedly verbose and Alzheimer-stricken old woman) transported to a different movie. But wait? Isn’t she the same “Lola Miling” in Chito Rono and Sharon Cuneta’s “Caregiver” (2008)? Sometimes, that’s the trouble in using trite characters just to populate their narrative world. Writers forget. Carmi Martin, playing Bea’s mother, also sticks out like a sore thumb. Moreover, didn’t they realize that Sari is gone every Thursday? Wasn’t her weekly disappearance a cause of concern for them? If Sari was indeed the tailoring’s best cutter, why was she open target for the cantankerous Mr. Zarate (Gabe Mercado)? In fact, Zarate’s ire was a valid reason to get mad (Sari used cotton instead of pina for Zarate’s barong). If you’re a great seamstress, you don’t mistake your pinias from your cotton linens, do you?

“The Mistress” employs a narrative course that’s almost emotionally Machiavellian. Lamasan mostly succeeds in this aspect. But the veracity of emotions is, no doubt, buoyed by the film’s laudable four-way lead! The lingering music is effective in hauling out emotions, but it’s a stroke of inspiration making use of Snow Patrol’s “Chasing Cars” to anchor Sari and Eric’s predicament.  “If I lay here, if I just lay here, would you lie with me? And just forget the world?” Some obstacles can overwhelm human emotions. Isn’t that sad? 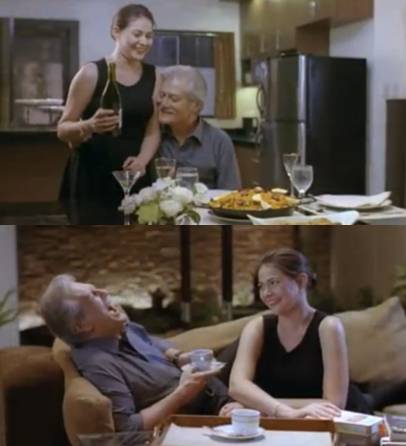 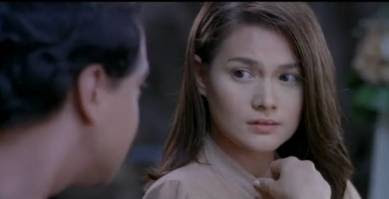