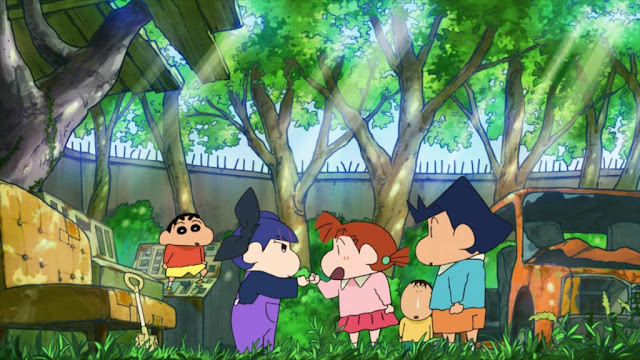 When new girl Saki arrives in town, 5-year-old Shinnosuke and his kindergarten friends are sent into a tizzy. But beautiful as she is, the girl is also a hopeless snob.

Back home, Hiroshi and Misapyon, Shinnosuke’s parents, realize that both of their dreams last night concluded with the invasion of a giant fish. In fact, even Shinnosuke, toddler Himawari, their pooch Shiro, and the entire Kasukabe neighbourhood had the same dream. What is happening here? 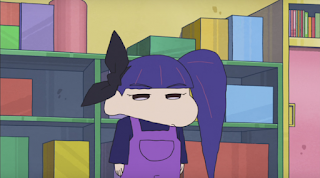 The synchronized mass nightmares may have something to do with Saki whose father works as a scientist in a creepy dilapidated warehouse.

Is there a connection between Sayuri, Saki’s dead mother, and the simultaneous nightmares afflicting the prefecture?

Is a maternal grudge haunting Saki? The answers could be found in a tattered Tapir doll given to Saki by his mother. 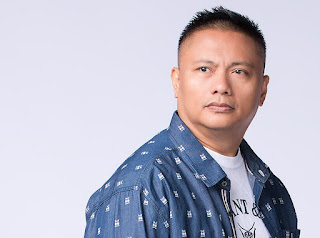 The Shin-chan series began in 1992 and is being syndicated worldwide. It has been translated to 30 languages, including Tagalog where it was aired in IBC-13 and RPN 9 in the 90’s. Comedian-rapper Andrew E (left) dubbed the voice of Shin-chan.

This 2016 film version is a trippy and adventure-filled affair that navigates the Yumemi world of kaleidoscopic dreams and nebulous wastelands. I initially had reservations watching the film, but the adorable characters eventually grew on me. Moreover, the palette is a feast to the senses as it gradually overloads the screen with a profusion of hues, party images and technicolor dreams.

Like many Shin-chan stories, "Fast Asleep!" resonates with strong familial ties and puts a premium on the value of friendship. More importantly, the film makes an argument that dreaming is an insuppressible, unrestrainable concept. And no murky past has power over it. 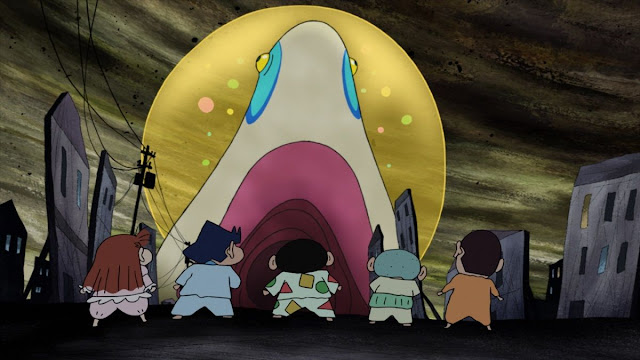 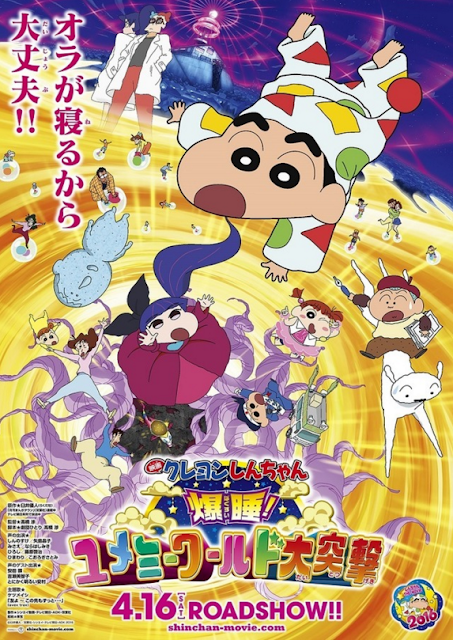 Posted by Cathy Pena at 1:15 PM No comments: