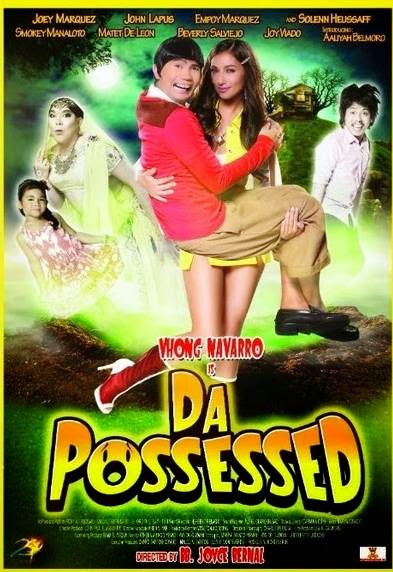 Three ghosts are out to settle score when they are inadvertently dug out from an unmarked grave on a land where a casino is being built. Problem is, our would-be hero Ramon (Vhong Navarro) is a wimp, a “lampa”, with a weak heart. But he desperately needs to work to save his family’s house from foreclosure. He meets and falls in love with Ana (Solenn Heussaf), the spunky daughter of the casino’s owner Don Demetrio (Joey Marquez) who has a shady past.

Meanwhile, our ghosts (Empoy Marquez, John Lapus and Aaliyah Belmoro) have to intermittently take over Ramon's body to coax the truth out from the murderer who happens to be Don Demetrio. Will Ramon solve the ghostly trio’s dilemmas: revenge, a proper burial and finding a playmate? How will this affect Ramon’s burgeoning relationship with Ana? Will he save his family out of their financial rut? Guess. 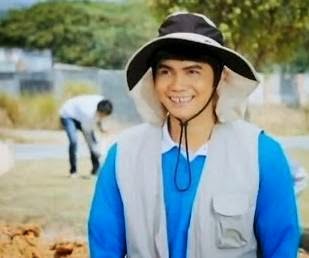 Director Joyce Bernal spins an oft familiar yarn that’s not too far removed from her other collaborations with Vhong Navarro in the distant past. In fact, if you feel a certain degree of déjà vu while watching the movie, don’t worry, it isn't you.

But the spirited cast which also includes Joy Viado, Smokey Manaloto and Beverly Salviejo more than makes up for the narrative cliché.

Navarro perfectly complements with the gorgeous Solenn Heussaf who continues to amaze us with her spot-on characterization even in comedy. Heussaf has been known for her emotive honesty so it’s a surprise to find her perfectly tempering her Ana character with deft precision. Listen to her speak Tagalog like the natives, if that isn't impressive compared to other half-breeds, I don’t know what is. The girl just works hard so you don’t cringe listening to her speak her lines. Have you heard from the once-again-bankable Papa Piolo inviting you to “Download the Eb…”? “Epp?” Ah, “application”! Epp daw kasi eh. Ohgawd!

Like other Vhong Navarro movies, there’s a dance showdown somewhere in the movie. Vhong and Solenn in fact danced a hip-shaking Christian Martinez novelty tune with a large crowd at a mall. The theme – Bollywood! Irony isn't lost in us because wasn't Solenn in the amateurish “Mumbai Love” which had execrable musical numbers?  This is how a Bollywood musical number is done, Benito Bautista! Stop rationalizing that good choreography and cinematic execution require an enormous sum of money. 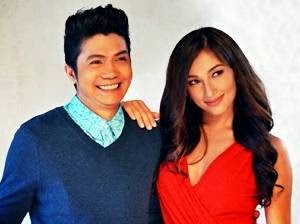 As for Vhong, his recent traumatic run in with fellating ladies and rich extortionists seem to have revitalized his sagging movie career. His last film with Star Cinema was 3 years ago with Chito Rono’s “Bulong”, wasn't it? His “Shake, Rattle and Roll’s The Invasion” for Regal was 2 years ago. Who regularly watched "Todamax" on TV?

Now, scroll through your Facebook page. It’s easy to find dimwits calling him “idol”. While we are glad that Vhong recovered from his assault and that the arrogant Cedric Lee and company are wallowing in their legal woes, we shouldn't be quick to place philanderers on pedestals just because they survived an ordeal that would have been prevented had he not taken “foods” to a shadowy acquaintance’s condo in the wee hours of the night while his girlfriend waited at home. And some elevate him to being a “hero”. Would he have seriously apologized, albeit tearfully, to his partner and kids on national television had he not been caught? "Idol", you bet. Go figure. 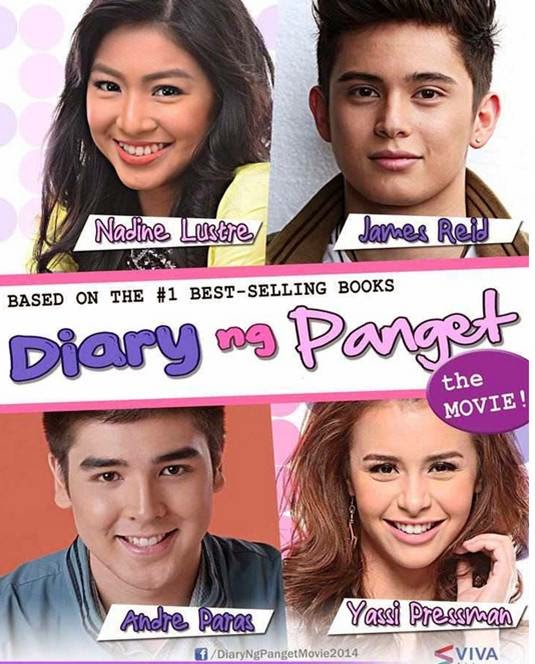 Orphan girl Eya Rodriguez (Nadine Lustre), a self proclaimed “panget” (unsightly), finds herself employed as the personal maid of affluent Cross Sandford (James Reid), the goodlooking but bratty student council president of Willford, the prestigious college where Eya is a scholar. In a place populated by privileged half breeds and well heeled guys who can afford to buy P250,000 friendship rings for their crushes, Eya is an oddball. Popular cliques don’t even hide their aversion towards our pimple-ridden protagonist who seems oblivious to everyone’s antipathy. After all, she only has to deal with her employer’s (Gabby Concepcion) capricious son to earn the monthly P25,000. What’s better, they don’t have to like each other. He loathes her (or does he) as much as she dislikes him – and Cross can’t even “fire” her. 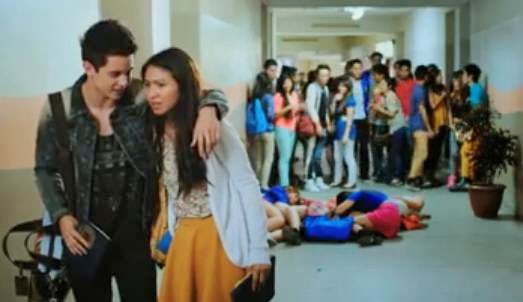 But life gets easier when popular girl Lory (Yassi Pressman) takes Eya as her new best friend. Hasn’t this anything to do with the fact that Lory’s been harboring feelings for Cross since they were in kindergarten? (He once stood up for her against bullies.)

Plot thickens when popular jock Chad (Andre Paras) starts stalking Eya. What’s happening here? When Cross facetiously declares to everyone on campus that Eya is actually his girl friend, life gets more complicated for our heroine who now has to parry the blows against jealous school mates. Cross, on the other hand, requires her presence more and more. What to do? 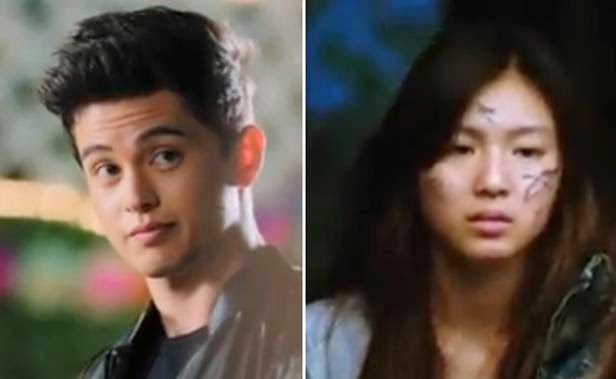 Director Andoy Ranay’s film adaptation of this best-selling Filipino romance novel follows this director’s penchant for glossy, upper-middle class macrocosm (“Sosy Problems”, “When the Love is Gone”). Unfortunately, this acumen does nothing but highlight Ranay’s mediocre directorial vision. The first third of the narrative could have benefited with a snappy, tongue-in-cheek cadence. Mostly though, every cinematic artifice fell flat, you couldn't help but place Cross and Eya's catfights as inferior versions of Kathryn Bernardo and Daniel Padilla’s “Got 2 Believe” characters. The comparison is inevitable. But we don't think less of James Reid and Nadine Lustre’s charm quotient.

Reid and Lustre give it their best. By the film's middle part, they breach through the tedium of mediocrity and you actually start enjoying their earnest banter. How can you not fall in love with Reid’s dreamy gaze? If you’re a living-and-breathing female species, you won’t be immune to Reid’s cinematic punch. Why Star Cinema eventually let go of Reid, who is otherworldly gorgeous (and could sing like a prince), is beyond me. Andre Paras, on the other hand, suffers from pallid characterization. He seems too gimpy for a sports jock, you'd understand why girls would look elsewhere despite Paras' good looks and tall frame. Yassi Pressman meanwhile underwhelms. AJ Muhlach steals some misplaced scenes but his presence is nothing but random and disposable.

The story, feebly told in seeming episodes, is riddled with loopholes. In fact, the movie can't seem to make up its mind if the school's name(Willford) has a single or double "L". The individual issues likewise feel unsympathetic and fractured at best. What father would refer to his son as “half halimaw” to a stranger, even in jest? If Cross is really an irresponsible guy as we are made to believe, how did he get elected as the school’s student council president? Heck, he even moonlights as a model for Bench. In the scheme of things, jocks can be mean, but student council presidents are at least approachable and responsible. Cross is stand offish. Moreover, how can an employed maid go “fencing” with her employer? Why were her prickly acne conglobata appearing and disappearing from one scene to the next? Acnes the size of Neptune don't disappear overnight, not even with the world's most powerful concealers.

My main problem is the slovenly writing and the divergent narrative trajectory that eventually had me tsk-tsk’ing and shaking my head. Check out the masquerade ball. Wasn't that the most opprobriously choreographed musical number ever to have graced the silver screen in a long time? If you needed groovesome traction to underline youthful vibe or suspenseful foreboding, you’re better off finding that in TV5 talent Shalala’s ridiculously titled launching movie “Echoserang Frog” (also showing this week) than here. Why is Andoy Ranay mimicking Mac Alejandre’s humdrum film making skill? Hasn't years of theatre practice taught him narrative urgency or plotful congruity? The question is of course rhetorical because the answer is crystal.


When Eya finally shares her masquerade dance with the be-masked Cross, how can she not recognize him? It was baffling. She lived and worked closely (intimately, even) with Cross that she’d be half a nitwit not to recognize his physical form, smell, much less his voice! Yeah, yeah, he had colds - and you can tell that to the marines! Or was she really daft? And how can one desecrate Cinderella’s “lost shoe” chapter with a rather shoddy and absolutely egregious version? Did Eya suddenly turn into a magical teen queen that a dozen would show up to declare their love for her? Who owned that darn tattered, smelly-looking shoe? On their way to telling a story, someone got caught between vertigo and a daydream. It was embarrassing; it made me blush. 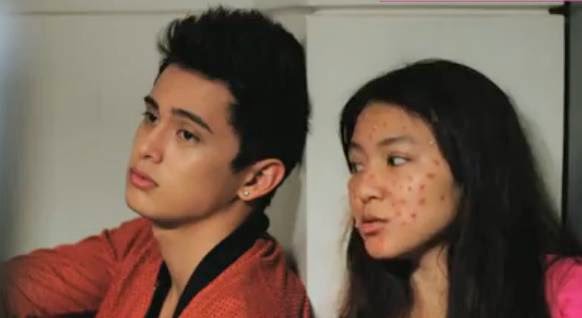